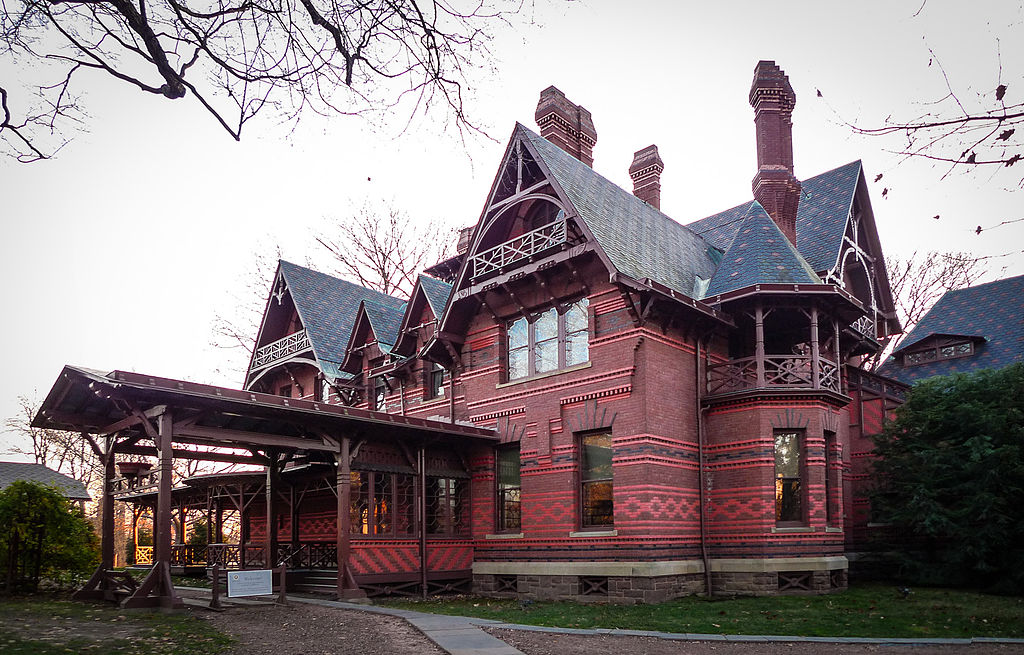 Home to Samuel Langhorne Clemens and his family from 1874 to 1891, the Mark Twain House has been a National Historical Landmark since 1962. Built in American High Gothic style, this beautiful structure nurtured numerous texts such as The Adventures of Huckleberry Finn and The Adventures of Tom Sawyer. After great economic trouble, the Clemens family moved to Europe, and Twain desperately missed this home for the rest of his life. The home was passed through several different hands over the years, serving as a boarding school, library, and apartment building. Eventually, a group of preservationists purchased the home in 1929, and a restoration effort started in 1974. Today, the home is a public affair with a museum, visitors center, and of course access to the multiple rooms within the home. 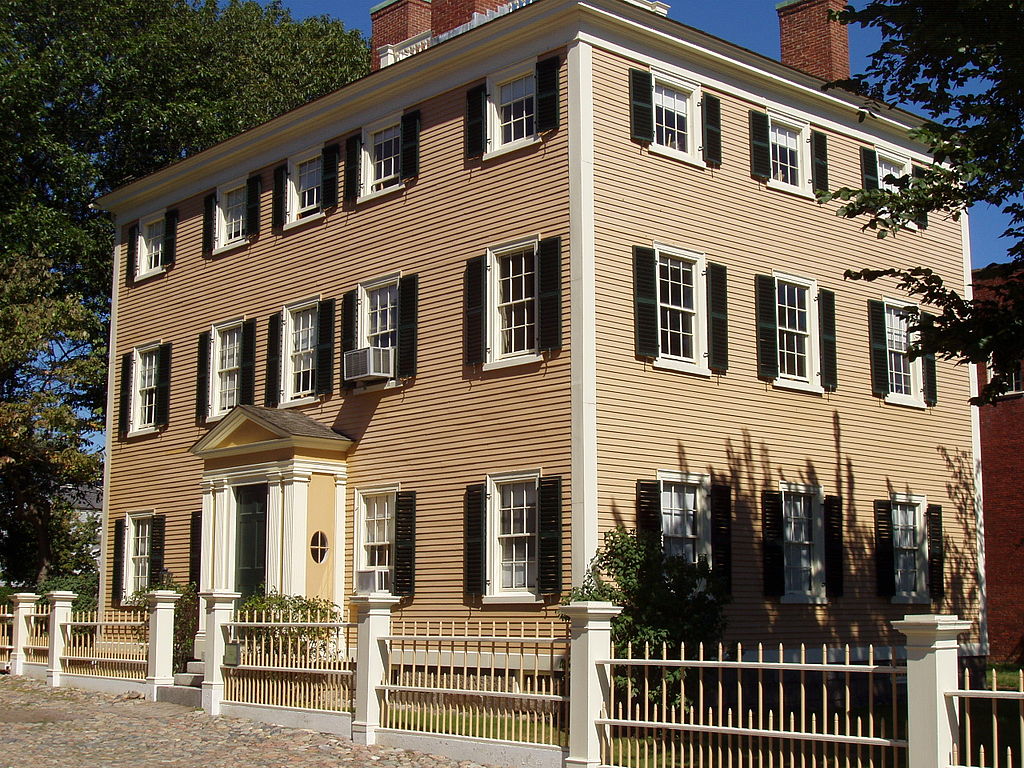 Image by Daderot via Wikimedia Commons

An old American city, Salem offers a wide variety of history, culture, and witchy experiences. From the book stores to libraries to overall literary vibes, Salem`s literary scene is nerdy, alive, and thriving. The Salem Athenaeum sits at the top of my list. This 200 year old private library received members such as Nathaniel Hawthorne and Nathaniel Bowditch during its early years. Small yet mighty, this rich historical site is open to the public at certain times and even holds public events throughout the year. Salem is also home to Nathaniel Hawthorne`s house where he spent his early career working a crappy job and writing The Scarlet Letter out of boredom. You can even visit the House of Seven Gables which inspired Hawthorne`s namesake novel The House of the Seven Gables. Other finds include New Age and Witchcrafts shops, some with books on paganism, wicca, and the history of witches. Of course, if you visit Salem you must visit the sites of the Salem witch trials, including the local jail, the Salem Witch Museum, and the several burial grounds. Salem, Massachusetts is a must see destination for writers, bibliophiles, and historians alike. 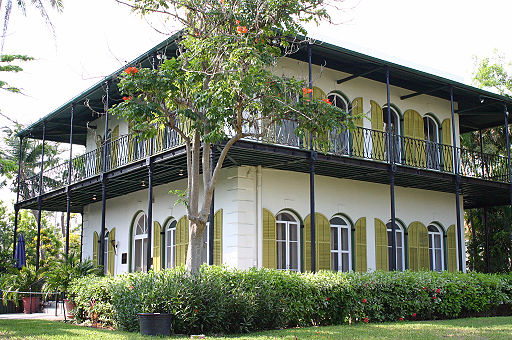 Built by Asa Tift in 1851 for the Hemingway family, this beautiful Key West museum showcases the life and works of Ernest Hemingway. Original furniture, photos, and artwork paint a picture of what life was like during the decade spent there with first wife Pauline and children Patrick and Gregory. Although the author spent only a small part of his life here, this landmark serves as a historical preservation of the classic author. Upon visiting, you may find yourself on a tour of the house or garden, in the Hemingway bookstore complete with books and artwork, or you may find yourself cuddling up to 6-toed felines. Ernest Hemingway received a polydactyl cat from a ship captain and from there the genetic anomaly spawned several polydactyl kittens. Today, 40-50 cats live at the house, many with the polydactyl characteristics and all of them named after famous people in concurrence with Hemingway`s first cat, Snow White.

A bibliophile`s dream collection, Trinity College`s Old Library in Dublin, Ireland is an 18th century wonder. Holding the Book of Kells exhibition and a collection of 200,000 books, the Old Library is as beautiful as it is historical. The Long Room holds 200,000 texts ranging from the 1916 Proclamation of the Irish Republic to the Book of Kells. The medieval Book of Kells is a famous collection of four gospel manuscripts from the 9th century written in a special script of its time. Trinity College is also a legal deposit or "copyright library" in which Irish publishers must send them a copy of all of their publications. Overall, this location is a historical masterpiece collection of new and old texts and a beacon of Irish history. 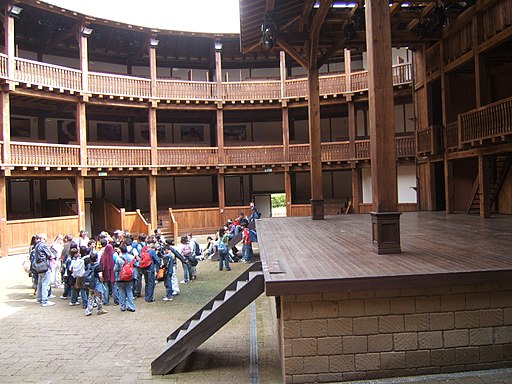 The Shakespeare Globe Theatre is a replica of the Globe Theatre that Shakespeare himself would have performed his plays. Located in London 230 meters from the original location, this round structure is booming with appreciation and preservation of the arts. American actor and director Sam Wanamaker founded the globe and societies dedicated to its preservation. Carefully researched before its construction, the Globe Theatre opened in 1997 with a performance of Henry V. The theatre performs Shakespeare`s numerous plays from May to October and utilizes the winter time for educational purposes. Not the only recreation of its kind, the Globe Theatre, London is definitely a must see for any Shakespeare fan. 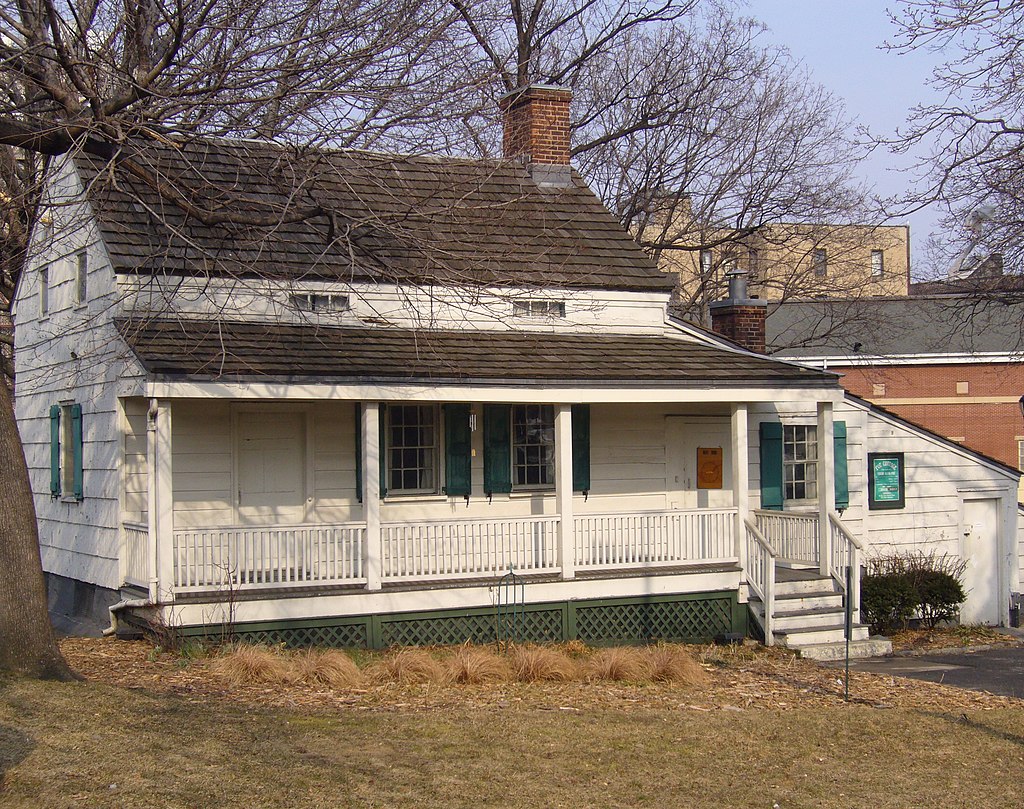 A particularly famous historical site in the Bronx, the Edgar Allan Poe Cottage is a public exhibition of the life and livings of the famous American poet. After frequent moves within New York, Poe and his young wife Virginia moved into a pauper's cottage in a rural area in the Bronx. The time the couple spent there was at first happy, and Edgar wrote "Annabel Lee" and "Ulalume" during his stay. Sadly, the happiness was short lived, and Virginia died of an ongoing battle with tuberculosis on January 30th, 1847. Poe died two years later in Baltimore, but the cottage was his last place of permanent residence. In 1910, the cottage was moved to a better location for visitors, and the Poe Park was erected to complement the cottage. Today, you can take a tour of the home where Poe spent some of his best years as a writer.